“The current work-status of the maritime pilot has been built around a long maritime history, around the development of the exchange of goods in the Mediterranean Basin”

The term “pilot” appeared very early, in the 6th century BC, in Ezekiel’s book, where the term “pilot”, as « guide » of the ship, had already been frequently used. Existence of the ancestor of the maritime pilot may also be found in the book of Homère and Virgile : speaking about “Thestor the pilot”, Homère wrote in the first book of Iliad: « the person who guided the ships from Achaens to Llion ».

Furthermore, the ancestor of the maritime pilot can also be found in the travel literature, in a book called “Periplus of Erythrean sea” written in the 1st century AD.

This greek maritime book which describes sailing and trading opportunities from Roman-Egyptian ports along the coast of the Red Sea and along East Africa and India, may actually be the ancestor of the current Sailing Directions, which are nowadays our current collections of specialized information related to ports and their approaches.

Although the authors are unknown, these sailors were undoubtedly very familiar with the currents and the dangers of the area. In other words, they can be considered the origin of contemporary maritime pilot.

Afterwards, the Arabs were very active in the domain of pilotage. In 1275, the first voyage of Marco Polo, Eastbound, was carried out with the help of Arab pilots.

Two centuries later, Vasco De Gama in Portugal, employed Arabs advisers during his trip from the Cape of Good Hope to Calicut (India): “When Vasco de Gama had reached Malindi, on the east coast of Africa, in 1498, he was able to find a maritime adviser, which led his expeditions straight to Calicut. ” The fact is briefly reported in logbooks written by seafarers involved in the venture, some of them, also giving the name of the maritime advisers used, adding the need for their expertises.

Later, in the 17th century AD, it is frequent to read in the history book that the defeat of the Spanish Armada would have been caused by the impossibility to embark pilots in front off Dunkirk Port.

During centuries, the individual who controls a ship in the ocean, bringing her from a port to an other one, has worn two hats in the same time : one was the captain position, and the other was the function of pilot of the ship.

Then, because of the insufficient familiarity of the captains with areas they had to frequent for the trade, and also because of the opening of new economics markets and international shipment, it was recognized that the ship’s passage and handling in shallow waters required the local knowledge of pilots.

According to A. Marcantetti, the first tracks of maritime pilots presence in England can be found in the XV century in Scotland and England: “It is around group of sailors, with semi-religious vocation in a purpose of mutual protection that the embryo of the pilotage was set up in UK”.

In the North of Europe, the Dutch are considered as the leaders in the development of the pilotage. In 1633, the Dutch East Indian Company deployed her own pilots to Balasore, approximately 60 miles off the entrance of the river Hugli. At that time, the pilot was, either a crew member, or already a member of an organization of pilotage. Their tasks were not only limit to pilot ships, but very often, pilots were publishing sea charts and recording the soudings.

In Europe, since the beginning of the 17th century, the pilotage is regulated in all the countries by national laws, called “Pilotage Acts”, and by local regulations of ports, fixing the professional status of the pilots in each country.

In France, the foundations of the French regulations were adopted in 1554 under the reign of Henri III, by donning the control of this activity under the supervision of the Admiralty. Later, the Prescription of Colbert of 1681 defined the main principles of the right of the pilot and the captain of ship. These major principles are contained in the texts of laws today governing the French pilotage Act.

It was only in December 12th, 1806, thanks to the publication of  Colbert ordinance   taken under the reign of Napoleon I, that the first pilot station appeared.

Nowadays, pilotage is one of the oldest, and least-known maritime profession, but it is one of the most important link in maritime safety and maritime commercial trades. The actual economic and environmental risks, involving large ships, make the role of the pilot really essential, providing safety to the ship’s passage, handling, safety of life at sea and protection of the environment. 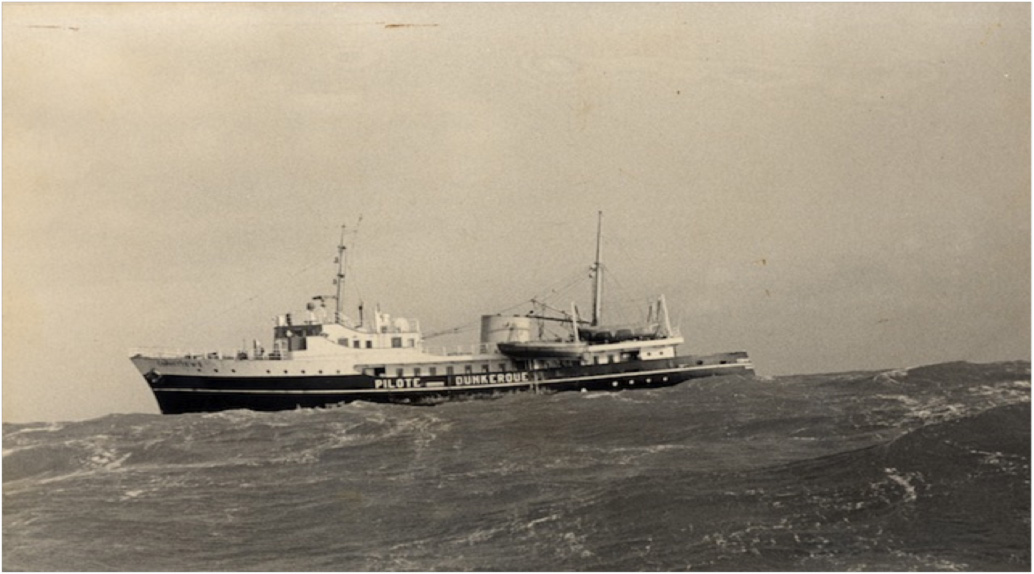